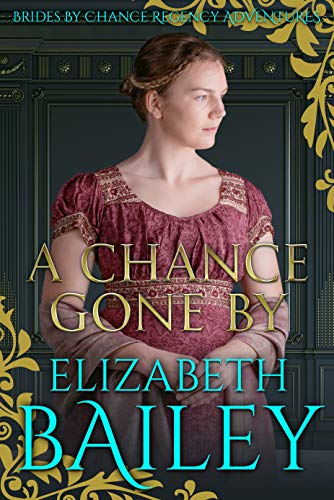 about this book: When I first thought of this story, it was while listening to Elvis singing the song made famous by Ray Charles, You Don't Know Me. I got pretty well obsessed by the idea of a friendship where one friend was in love with the other but had no hope of the feeling being reciprocated.

The story slotted right in with my Brides by Chance Regency Adventures series which is dedicated to those women of the time who ordinarily could never hope to marry. The poor relation, or orphan, forced to rely on the charity of others or work as a governess or companion. The poor marriage prospect, either through lack of a decent dowry, or simply dowdy or plain in looks. There were a legion of these women, forced by circumstance into a life of genteel poverty, or becoming an unpaid drudge to those with better means.

Not all suffered a terrible life and Marianne fared better than most. A capable female, she soon finds her niche in taking over many of her cousin's housewifely duties. But her undeclared love for the earl, her cousin Justin, remains an inescapable thorn.

Justin's long-expected engagement seals her unhopeful future. But in a strange twist of fate, he is once more free. Dare Marianne seize her one chance to secure the warmer relationship she longs for?