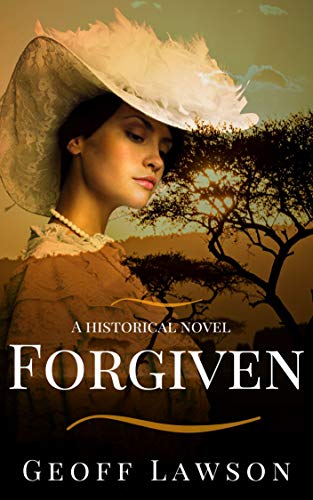 about this book: Forgiven is a heart warming tale of two lovers. Rachel is a young and charming socalite, but all is not what it seems. The object of scandal and rumour, she visits a penfriend in a small rural town. There she meets Richard, and soon realises that Richard has totally altered her perception of herself. The rumours no-longer matter. She no longer feels like a victim in an unforgiving world - she has a goal and a direction in her life that a few short days before would have been unimaginable.

The war threads in this book are accurately researched - the result of an earlier work, a history of the western front of the Anglo-Boer War. I realised that once "Our Gun" was published, that I would have seven years of research in my head that was no-longer needed, so I decided to write a historical novel that utilised the war as a background. Add a few old family stories for more background, and presto, Forgiven was born.

Intended for more mature readers, Forgiven takes a good look at Victorian ideas and attitudes, many of which are radically different from those of today. They should not be judged - their ideas were shaped by the social and political forces of their time, which were nothing at all like ours. Forgiven acquired it's name because Rachel forgives Richard for running off to war, knowing that his motives are good, even though she does not approve of it herself. Forgiven has been criticized for being too romantic in an age that was sexually repressed, however Victorians could be considerably more romantic than modern people think. After all we are all here...