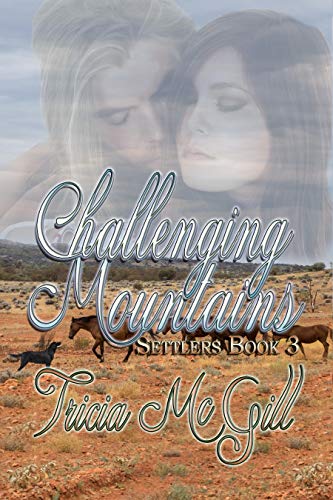 about this book: The main reason it took me so long to get around to writing Challenging Mountains, the third book in my Settlers series, is that I was in a quandary. So many characters could have taken up the story after book two finished. Tiger and Bella had eight offspring and at the end of Book 2, Distant Mountains, Remy and Sara were well on the way to expanding their family. Then there was Carlos, Bella's brother who came on the scene towards the end of book one. In the end, it was young Tim, Tiger and Bella's eldest who won out, and perhaps I always knew that it surely must be him who picks up the story when he is a man. Challenging Mountains begins in 1840. Fed up with his boring government job, Tim is after excitement. Although the colony was expanding there was still not a lot of choice which direction to take, so it was only natural that he would head south to where the newly declared colony of Port Philip was just being settled. His uncle Carlos decides to accompany Tim, and he has his own story within the main story. Of course, Tim has to have a love interest and this is Jo, a headstrong young woman who it turns out has a mind of her own and plenty of spirit to match Tim's. Spirit that was sorely needed in the budding colony. And there is a special dog who just had to be on the cover, because he joined them on their epic journey.