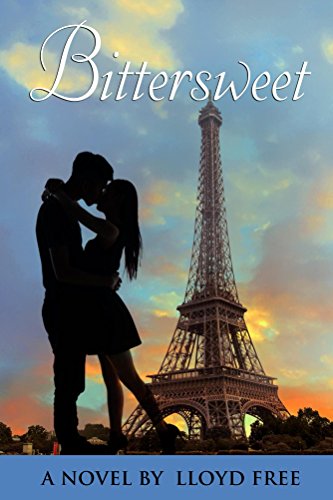 about this book: The Beatnik Revolution blasted across America in the 1950ies. Jack Kerouac tapped out The Scroll in 1951 which eventually became On The Road (Viking 1957), the Beatnik Bible. Allen Ginsberg published his controversial book of poetry, HOWL in 1956 (which was initially censored for obscenity). The Hippy generation came later in 1965. Squished in between these two cultural phenomena were a group like Jerry Garcia and the future Grateful Dead who met at Kepler's Book Store in Menlo Park, CA, had read Kerouac's novel, dreamed of becoming Beatniks, even though the Beatnik era had crested. Nevertheless, they searched for meaning to life and a new American culture. BITTERSWEET evokes the experiences of two of these "lost between generations" young men.

It captures the zeitgeist of 1960: America transitioning from the gray decade of Eisenhower and McCarthy to JFK and Camelot; The House on Un-American Activities Committee versus the peaking Beatnik counterculture. Its two protagonists, Renny and Max, students at Berkeley, flirt with Beat poetry, Allen Ginsberg and Kenneth Rexroth, Bebop, and student led civil rights demonstrations. They join the SLATE organized anti-HUAC demonstration turned riot at San Francisco City Hall. The police billy clubs change their lives forever. Looking for a post Beatnik future and To escape a withering culture of night sticks, sexual repression and censorship, they sail to France, land of the Enlightenment and sexual liberation where they shed their adolescence and become young men. Join them on their epic, unforgettable journey into an incandescent world of vivid characters, romance, sex and love.

Amanda: "I experienced a whirlwind of emotions ranging from intense turmoil to sweet, sweet relief."

Darlene Corbett: "Fabulous coming-of-age… You will be compelled to keep reading as you wonder how this story ends until the very end. This book is a must read."

Brown Bettie "This book is definitely one of my favorites of all times which is saying A LOT. I didn't want to stop reading! This story gripped me right from the start and never let me go."