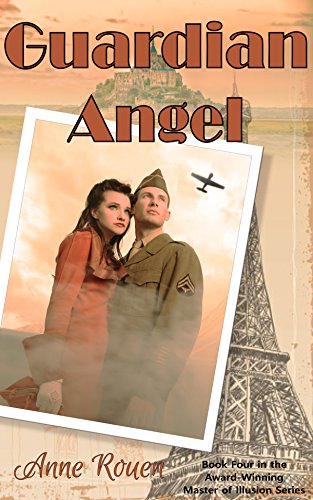 about this book: Guardian Angel is a historical romance adventure set in World War II France. Fans of The Nightingale and The Lost Wife are sure to love this riveting saga.

From the winner of the Global Ebook Awards Silver and Bronze Medal for Historical Literary Fiction in 2014 & 2016 comes the fourth book in the stunning Master of Illusion series.

Famous ten-year-old French singer Nicolas de Beaulieu has it all in the rigours and depression of the 1930s: money, status, popularity. But as time goes by, he becomes no stranger to grief and loss.

World War II begins and Nicolas lands himself in peril as he is hunted by the Nazis. The complicated relationship with his one true love takes a new direction when France surrenders to Germany. They then must fight a different kind of war as part of the French Resistance movement.

Hidden in their Belvoir château stronghold, every day is a battle as they fight to survive and overcome the might of the Nazi war machine. The Nazis seem to have the upper hand until salvation comes from an unexpected and magical source ...