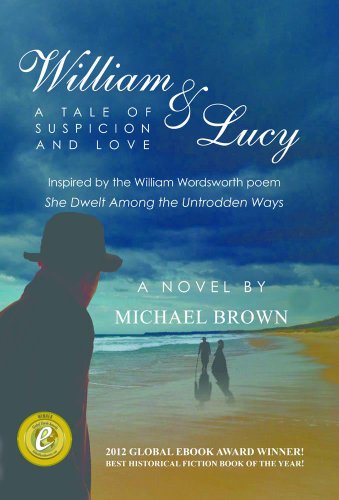 about this book: When the poet, William Wordsworth, was 27 years old he had already fathered an illegitimate child in France and was planning to return to Lyon to marry the mother but then he met a mysterious young lady, Lucy Sims, seventeen years of age. Lucy was to forever change his life. This encounter was the basis of William's famous LUCY poems. At the time of their meeting William was being pursued by an agent of the Crown's Home Office, who was determined to prove him a French spy and have the poet hanged. Lucy was employed as a nanny and school teacher for the children of a wealthy farmer who is bent on seducing her.

Who was tis mysterious Lucy Sims? Historians have pondered this question ever since the first LUCY poems appeared. Until now, no one has come up with a viable answer. How did Wordsworth's five LUCY poems contribute to the beginning of the Age of Romanticism? Read this unique love story that has never been told. See 5 star reviews on Amazon.com