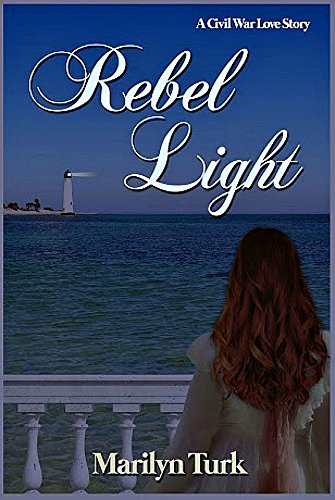 about this book: Not everyone in the United States wanted to take part in the Civil War. Not all Southerners agreed with slavery and not all Northerners were against it. Some people just wanted to be left alone, continue living their lives as they had and not take sides. Kate McFarlane and her father were two of those in the latter category. However, the war affected them anyway and forced them to make some changes. Kate tried to escape the situation, but instead she got caught in it.

Most Civil War stories are about important battles in various parts of the country. Few touch on the lives of people who lived on the Southern coasts. Yet they were affected too, in different ways. Kate learns some important lessons about trust, commitment, and love, as she adjusts to living with an eccentric aunt in a strange place.

Many of the events in this book actually took place in Apalachicola. The Cape St. George Lighthouse is no longer in its original location where it was during the Civil War. Over the years, erosion washed away its foundation until it fell into the Gulf of Mexico. But concerned preservationists gathered the pieces and reassembled it in a safer location where it is now, in the center of St. George Island, Florida.