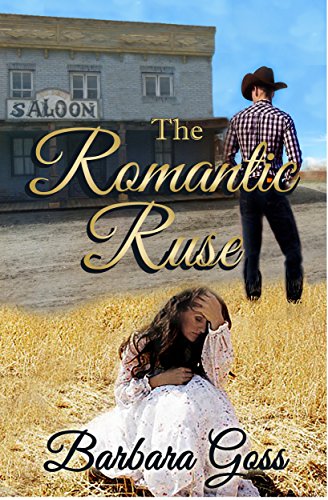 about this book: Lily's best friend Emma is corresponding with a Kansas rancher, Gus. She is about to travel to Kansas and wed him when her x-fiancee returns, and she marries him. She writes a quick apology letter to Gus and encloses the ticket to Kansas that he'd sent her and gives it to Lily to post for her.

Lily's father is forcing a courtship with a man she doesn't like. When the man pushes her too far, she, in desperation takes the ticket and travels to Kansas as Emma. She meant to tell him the whole story, but... she just kept putting it off until fate handled it for her in a most unusual way.

She loves Gus but after he discovers several lies that she's told he doesn't trust her. He turns his back on her after finding her working in a saloon, and in the company of a rude cowboy. Lily does everything in her power to rekindle what she and Gus once had together.

The story while extremely romantic, shows the reader that honesty is always the best policy and what can happen when a dishonest act goes out of control.

The title was tough for me to come up with. I wanted a title that would give the reader a peek into the story without giving it away. I came up with several titles and let my friends pick the one that would induce them into reading the book.

It doesn't take me long to write a book once I get going. I wrote six books in seven months, but the writing is the easy part. The proofing, editing and cover creating take more time than writing the book. I usually just write and forget grammar and editing until I finish the book. Once the juices are flowing, I don't like to stop and edit. I was once told that you write with the creative side of your brain and edit with the other. Since my brain isn't ambidextrous, I do each job separately.

As far as research, since most of my books take place in Kansas and that research has already been done it's quite easy to keep the same locale, and this book is also part of the Hearts of Hays series of four books that take place in Hays, Kansas. The only research I had to do was on Abilene, Kansas and a bit of research on saloons in that timeframe.