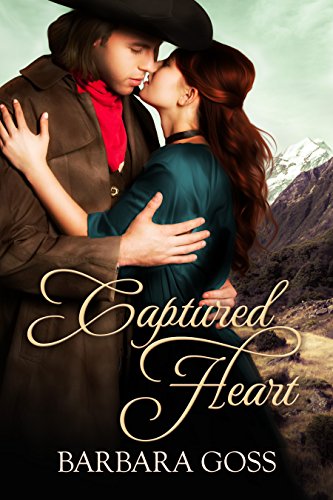 about this book: This book has a special meaning for me. When I signed a two-book contract with Fleming Revell, I'd written Forbidden Legacy and had to come up with another book and have it finished in three months time. I started writing with an ultimate goal in mind but as usual other secondary story lines pop up as I wrote. This time, however, I boxed myself into a corner that I didn't know how I'd write myself out of.

Amanda traveled on a wagon train to California with her family. When they all died of cholera, she became angry with God. She'd prayed for them to live, and they died. Why? That's when I realized that I was also in that same position. My mother had passed away at age 53 of a sudden heart attack. All the way to the hospital I'd prayed for her life, but she died. I wondered if God didn't love me as much as those whose prayers were answered. I wasn't as angry as Amanda, but I did have those feelings in my heart. So how to I write a character out of those feelings if I didn't know myself?

I always pray before starting to write and although I had no answer to that storyline I continued. Lo and behold the answer came to me about three quarters of the way through the book... and it was not until then that I compared the situation to my own mother's death and realized that God had listened to my prayers, but in a long-range sort of way. I can't spoil the book by revealing it, but it really solved the dilemma for me as well as for Amanda.

In the story, two men befriend Amanda: Luke and Charles. One was a true friend and the other was an evil man disguising himself as a friend in order to use Amanda for evil purposes in San Francisco where he ran a nefarious business masked as a hotel. (I realize the subject seems inappropriate for a Christian book, but I assure you it was done tastefully and that these goings on were part of San Francisco's history.)

Amanda has a difficult time separating her feelings of friendship and love. One man gave her goose bumps and the other a warm feeling in her chest. Which was love? When she finally figured, it out she was afraid to reveal her feelings verbally until it was almost too late.

This was my second book written for Fleming Revell, and I was then signed up for another two-book contract. I received the rights recently for everything except the cover art. I converted a paperback copy to eBook using OCR optical character recognition) but not without a few minor problems which a few reviewers mentioned as typos, but they were actually marks made in the conversion. They have since all been repaired.