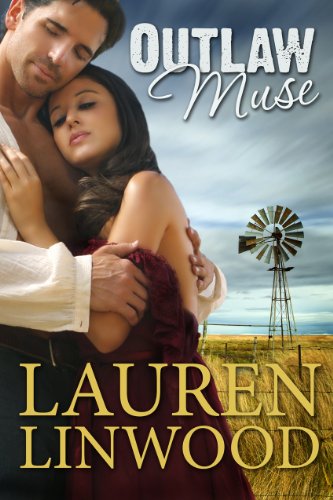 about this book: One of the little known tidbits of history involves the Orphan Trains, which rounded up orphans on the east coast and sent them by train to the heartland of America. Families chose children for all kinds of reasons, from those who were childless and longed to give an orphan a loving home to those who brought these children to their farms to use them as free labor.

I began OUTLAW MUSE with a brother and sister riding west on one of these trains. Serena is chosen, but her clubfooted brother is not. Their separation tears at her heart, and she spends years searching for him.

Just as foreign nations invest in US businesses and buy up US lands today, the same was true in the 1870s. Many English and Scottish noble families bought ranch land and cattle, and they were involved in the cattle drives from Texas up to railheads in the Midwest, via business representatives. My hero Daman is a playwright who's in a funk because his muse has died. His titled, older brother tries to pull him from his depression by sending him to the American frontier to check on his cattle investment. Needless to say, Daman is quite a fish out of water in this unfamiliar environment!

Daman rescues Serena from being hanged for a crime she didn't commit, and the two strangers go on the run. Daman finds his muse; Serena locates her brother. More importantly, they discover love--but they're thwarted by the sheriff tracking them.

I enjoyed writing a book with a couple constantly on the run, living by their wits . . . and a bit of luck.