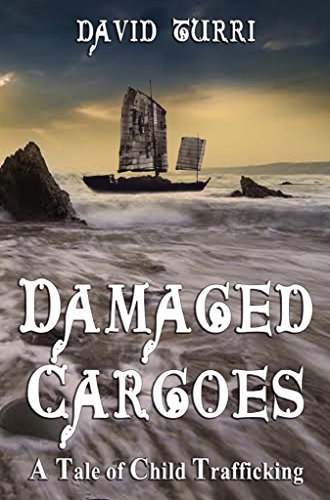 about this book: A few square blocks of impressive stone buildings down by the port and some hold Victorian houses in the hills, now museums for curious tourists, are all that is left of The Kobe Foreign Concession. I have lived in Kobe for many years; have walked those avenues lined with their grand buildings and have felt the ghosts. In this story I try to bring those ghosts back to life and refill the streets, the hotels and the dining rooms of the houses in the hills with their former liveliness and bustle.

The story unfolds during the summer and autumn of 1870. Begins on the China coast, where the protagonist, Thaddeus Galt, a mission priest, discovers, in the hold of a junk stranded on a sandbar, the bodies of thirty Japanese children, drowned in a storm. The children originated in the port of Kobe. Galt goes there to find those responsible for this terrible crime, and the reader is drawn into the sinister world of child trafficking, opium and violence.

This is the world of The Kobe Foreign Concession, a town built by western merchants who are hungry for Profit. But there is no profit for them in Kobe because their business is being strangled by the Meiji bureaucrats and the Japanese Customhouse. To make their Profit, some of those merchants become pawns of K'ung, a powerful Chinese Boss.

They buy children kidnapped from the slums of Osaka and send this human cargo to K'ung's brothels in Shanghai. They are also involved in the trade of opium within The Concession.

The children go out of Kobe, into misery. Opium comes into Kobe, creating misery.

• One reviewer writes: "The story is, indeed, an excellent read; full of action and intrigue. The story is paced well and the descriptions truly place the reader right in the 1870s."

• Another says: "The book is bloody marvelous. The problem is the author owe me about three hours sleep every night – my eyes were round my knees every morning during the reading of it."

A new and compelling voice

David Turri's first published novel, Damaged Cargoes seems to emanate directly from a dark recess of nineteenth-century Japan. The story takes place in the enclave inhabited by foreigners in Kobe. Turri's impeccable eye for the details of treaty port life—the phaetons in which the merchants rode, the long bars where they drank with their consular protectors, the Bund where they walked, the appearance of their warehouses—give his story the kind of texture that reminds the reader of Michener.

But it is the way he brings his characters to life that makes the book truly appealing. In the dark, seedy world of the Kobe treaty port, Turri's characters come alive as they speak. His gift for crisp dialog illuminates the contours of their often tortured conflicts with each other and the outside world with extraordinary texture; the reader feels like a privileged eavesdropper as they reveal their attitudes toward native Japanese and the peculiar pecking order of a society straining to replicate the class hierarchies of the contemporary West.

This world is where his themes gestate--redemption's possibilities, the consequences of greed, the ambivalence of human motivation, all at the complex intersection of Japanese and Western culture. At the end of the book, one cannot help but wonder if these men's moral corruption is due to their lawless environment or if, a darker possibility, each carries with him a spark of evil, waiting to be fanned.

Turri is no mere writer-explainer; this first novel establishes him as a new and compelling voice, a true storyteller. He has given us a marvelous tale, we hope the first of many.

Historical fiction at its finest

I have always been a fan of historical fiction, but rarely have I come across a read as exciting as Damaged Cargoes. Set in the port city of Kobe, Japan in the 1870's, Damaged Cargoes flings you into a fast-paced world of international intrigue with colorful characters and sinister endeavors. From the first shocking chapter, you will be loath to put it down! [by T.F.]

Damaged Cargoes is an absolute page turner. You really do feel as if you're in the time and place and the action is paced at break-neck speed. Even if you know nothing of Japan or her history, this book would still be a great read on several levels. Loved it! [by Joan Petrie]

This book is so well written - I found myself intrigued by the different characters. Lots of description made one feel like another occupant in the scenes. It is a wonderful story and I look forward to more by the same author. [by Christopher Smith]