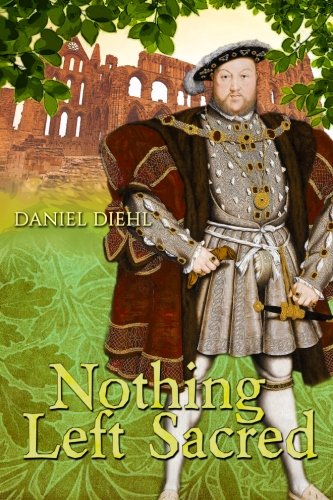 about this book: England's King HENRY VIII has ordered his chancellor, Cardinal WOLSEY to begin a seemingly inconsequential divorce proceeding against his wife, Queen KATHERINE of ARAGON. On Henry's order Wolsey travels to war-torn Italy where he finds the pope and his cardinals hiding in a burned-out palace and too frightened to grant Henry's divorce for fear of offending Katherine's nephew, Emperor Charles V.

When Wolsey returns to England he finds the king besotted by his new love, the spiteful, vindictive ANNE BOLEYN. Forced to admit that he has failed in his mission and that Henry will be unable to divorce Katherine, WOLSEY is banished from court and replaced by his former secretary, the manipulative THOMAS CRUMWELL. Playing on the king's fanatical devotion to Anne, his greed and his hatred of Pope Clement, Crumwell convinces Henry to reject the pope's power and establish his own church, of which he will be the supreme head, and thus able to grant his own divorce. The first step in this process will be to dissolve England's monastic system, pouring the vast riches of the Catholic Church into Henry's treasury. Henry reluctantly agrees but cautions Crumwell against making martyrs. Following his own, very different plans, Crumwell promptly brutalizes England's entire religious community and turns the populace against the monarchy.

As the government's war against the monastic system increases in pace and brutality, the King's long festering emotional instability wreaks havoc on his life and the nation, leading the kingdom into a spiraling maelstrom of greed, political maneuvering, religious persecution and retribution. As one monastic house after another falls victim to Crumwell's pogrom, Abbot Whiting and his followers find themselves increasingly isolated and under threat of disbandonment, a situation which made worse when tens of thousands of the king's subjects mount an armed revolt against Henry's draconian purge.

With his kingdom shattered, the dying Henry VIII is hated by virtually everyone. Only as his life ebbs away does Henry realize that his lust and greed has achieved nothing except the destruction of his own authority and the dismemberment of a religious structure which has guided England for more than a thousand years.