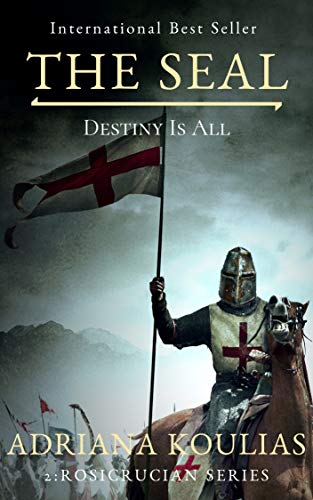 about this book: It is 1307 and the Order of the Knights Templar is in danger, the King of France and the Roman Pope are scheming to arrest the Order and appropriate its goods. A battle weary and incorruptible knight, Etienne de Congost, is ordered to take away the Order's most precious and dangerous relic, the Grand Master's secret seal. Dodging spies and assassins Etienne must take the seal to the outer edges of Europe, while his brothers are wasting away in prisons or being burnt at the pyre. Will he succeed in hiding the seal or will he succumb to its temptations and his own inner demons?

700 years later, the answer comes by way of an Author who arrives at Lockenhaus Castle in Austria to write a book about the Templars. Together with an eccentric old woman he unravels the past and discovers how closely their destinies are bound with the destiny of THE SEAL.

The hardest part of writing The Seal was researching what happened to those poor men in the prisons of the King of France. The tortures they had to endure, the conditions of their incarceration and their deaths on the pyre were excruciating to depict but I felt the story had to be told.

I really loved writing the character Etienne, the unwilling hero of the book, and his Grand Master, Jacques de Molay, whose view of life could not countenance a future without Jerusalem.

It took me about five years to write The Seal and at the time (living through 9/11) I felt the political themes in this book were still relevant, particularly with regards to East and West relations and the issue of absolute power, corrupting and endangering the freedom.

Video: The Seal by Adriana Koulias