about this book: Female doctors were unheard of in Edinburgh Scotland in 1862. The male establishment thought that women were intellectually inferior to them, and refused their admittance to study at the prestigious University of Edinburgh. Kate is a young woman who took over her father's undertaking business in 1858. She is an unusual woman who can track down serial killers and commune with the dead. Kate also wants to become a doctor.

The Undertaker: Hallowed Halls outlines the real life struggle of women in the 19th century who were determined to have access to tertiary study, no matter what it cost them. There are murders and unsavoury characters in this third instalment in The Undertaker series, but mostly it is a book about the right of all citizens to higher education.

Although part of a series, each book can be read as a stand-alone novel. The independent nature of Kate, in a world where women were expected to be seen and not heard, has resonated with readers who are eager to follow her adventures.

What a wonderful character in Kate the undertaker the author has created. She is a woman ahead of her time in 19th century Edinburgh. When she takes over her father's undertaking business, she discovers a talent for crime solving and is re-acquainted with a little spirit girl from her childhood. Each book deals with a new set of crimes that mix real places and events of the time, with fictional characters. We also get to see the progression of Kate's personal life. I love this series. I hope there'll be more. [by Janet Walsh]

An original and engaging story

An interesting and well-written story that kept me interested to the end. There is enough talk of dead bodies and serial killers to give you a little thrill, but it never descends into gross descriptions or makes you feel uncomfortable. The characters are well formed and I felt as though I knew them all as friends after reading the book. An original and engaging story. [by Daphne McWhirter]

This book was recommended by a female friend who said every male would benefit from reading about the struggles women went through in the 1800s for the right to go to university. It was an eye-opening read from that point of view, but also a highly enjoyable story about a female undertaker with psychic abilities who could see the signs of murder in her clients and set out to catch their killers. This is a well-written, fast-paced book that kept me interested. [by Matt Ainsworth]

History in a charming and informative way

I saw this book advertised in a tweet and thought I'd give it a go, even though I had not read the first two books in the series. I was instantly drawn to Kate Grainger and her daily life in Edinburgh Scotland in 1862. She is a fascinating character, ahead of her time, and the type of woman that many of us aspire to be. She's independent, headstrong, and knows her own mind. As well as solving murders she takes readers along on the journey as she finds out just how hard it is for a woman to get into university at this period in history. I loved this book - I think a lot of young women would benefit from reading about history in this charming and informative way. [by Emilia Featherstone]

Having read 'The Undertaker' I was interested to read the third book in the series. There is plenty of humor between Kate and her boyfriend James, set amongst serial murders, execution by hanging and anatomy classes.The style is fast-paced and interesting and takes the reader back to a time when little was expected of women, but to marry and have children. Kate the undertaker wants to do more with her life and she sets out to get into university to study medicine. I found the story engaging and learned a lot about the 1800s. A great read. [by Gareth Dennison]

I read 'The Undertaker:Masquerade' and bought the sequel 'The Undertaker:Hallowed Halls' the day it was released. I stayed up all night to see what Kate the undertaker would get up to next. She is such a likeable character and I was once again immediately transported back to 1860s Edinburgh, watching Davey in the coffin room and picking up executed bodies from Calton Jail. What particularly resonated with me was the detailed description of the actual struggles women had to gain a medical degree at that time. They were treated terribly by the male establishment and students. This book honors those women and this great female author. [by Louise Addams] 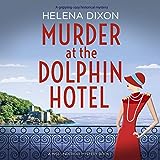