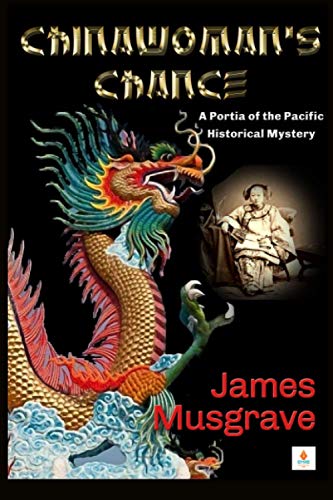 about this book: This retreat back into the 1800s of the United States was inspired by the reality of what is happening in the United States of the 2000s. Immigrants are once again being mistreated, and the sexist treatment of women has reached epic proportions. After reading the biography of Clara Shortridge Foltz, by Barbara Babcock, I was intrigued.

This female attorney not only was the first female admitted to the California State Bar, in 1879, but she also made it possible for all women to attend law school and become lawyers and, in fact, any other profession for which they could qualify. It is no wonder Clara was honored by naming the current Los Angeles Criminal Justice Center after her.

I was also impressed that even though she was able to get the law passed to permit women to attend law school, she herself was unable to do so. She was a woman who had to pose as a widow to get a job as an attorney because of the sexism that existed in the 1800s. She had five children to support, so work came first for this trailblazing female. She spent all she made on her family and on her suffragist endeavors. It is sad, but she died in Los Angeles, destitute, in 1934, but the Governor of California and several judges honored her by serving as pallbearers.

My topics for the first mystery in my Portia of the Pacific Mysteries were chosen for their related importance to our current political problems. Clara must protect her client, a young Chinese journalist, when he's arrested for the murder of a young white prostitute who is working in Chinatown. She must face a kangaroo trial courtroom to defend him against an all-male justice system, and she loses. However, since she begins to learn from the Captain of Detectives, Isaiah Lees (also a real historical character), she is able to become a sleuth in order to go after the real killer before her client hangs from Russian Hill. The political system of 1884 San Francisco is rife with bribery, illegal activities and anti-Chinese politics (the 1882 Chinese Exclusion Act was the first, directly racist legislation aimed at a specific minority--until World War II and the Japanese internment).

Much of my previous historical fiction has been praised for my ability to weave historical facts into the story line, and this mystery is no exception. I believe readers will learn a lot by following the plot, and they'll also enjoy solving a mystery along with Clara and her associates. I am keeping all the mysteries in the Portia of the Pacific Historical Mystery series under 55,000 words. They will be filled with conundrums, packed with history and intrigue, so my readers will enjoy solving the crimes along with Clara.