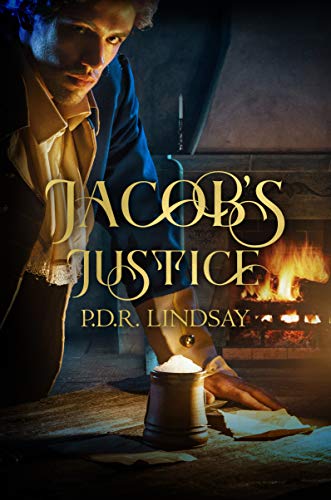 about this book: 'Jacob's Justice' grew out of reading the letters, diaries and reports written by ordinary people during the English Civil War in the 17thC. All those farmers, doctors, parsons, wives and children who were torn apart because an inflexible king and dogmatic Members of Parliament could not find a middle ground. Yes, there were good people struggling to be reasonable but where religion is concerned you get bigots as we can see all too clearly today.

Yet it wasn't simply religion. Power was clearly part of it, as merchants and craftsmen, a rising middle class, wanted a say, through parliament, about the excessive taxes the King raised and his methods of doing so. King Charles I had been a younger brother thrown into kingship and he simply didn't have it in him to be a good king. People still remembered Good Queen Bess (Elizabeth I) and her long, mainly peaceful, and profitable rule. She never forgot her wealth and power came from the people and she knew how to choose advisors and counsellors. The Stuarts did not.

King Charles, with a catholic wife, Jesuits openly at court, and the belief that he was appointed by God, lived away from his people, did not go on regular tours through his country, upset the Scots and chose self-seeking advisors. Small wonder then, that as the age of reason or enlightenment approached with new ideas and philosophies taken up eagerly by the merchant. craft and legal people, a parliament determined on governing and a king who insisted on his divine rights, that there would be a collision.

In 1642, as all this ferment was about to explode, there were a few months before the king declared war on his subjects where people could negotiate positions, get on the right side, obtain favours. To break the oath of allegiance to the king, which was repeated most Sundays in church, was a terrible, dishonourable thing to do. Yet families like my Merchant Emericks could see little choice. If they were to survive and prosper they needed a king who could keep the Dutch off their backs, restore the navy, and stop the crazy system of farming out taxes to his pals. Choosing the Parliamentary side, the side regarded as the obvious looser, for the king had the armies and trained men and Parliament did not, must have been difficult if you were not a hardened Puritan.

My characters and plot sprang from all this. I had intended to write about a man Cromwell called 'his plain russet coated gentlemen' but cocky Jacob wouldn't let me. He pushed Nowell aside and demanded that the story be his, So it is.