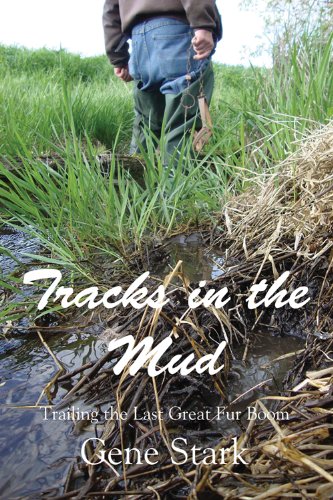 Book: Tracks in the Mud - Trailing My Dreams through the Last Great Fur Boom by Gene Stark

about this book: Never in the history of the North American continent has more fur been shipped to the world than during the 1970's. Trappers, traders, and all those connected with the fur-fashion industry experienced an incredible boom.

For a rural kid who grew up during the nineteen fifties and nineteen sixties when fur prices were low and trappers had seemingly no future, the nineteen-seventies ushered in an era that could only have been dreamed about. The fur boom of the seventies was enough to entice the author to forsake the life of a school teacher for the wild and carefree life of a fulltime trapper.

"Tracks in the Mud" is his story, written about his experiences in the woodlands, fields, and streams, as well as interactions with fur-buyers, landowners, and other trappers. A 'must-read' for any one who loves the outdoors and has a desire to learn more of the ways of wildlife and their habitats.