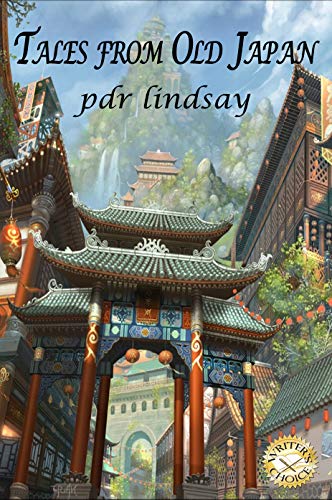 about this book: One of the joys of living and working in Japan was the country's long and fascinating history. I was enchanted by the Edo period, the fiercesome Tokugawa, the rise and fall of the samurai, that Mediaeval 16thC and 17thC Japan. Japanese colleagues at the university took me to many shrines and temples to witness their sacred festivals. Friends let us attend their communities' festivals and I found the many museums full of rich details. Best of all were the actual re-enactments of certain historical events, performed not for entertainment, but genuine spiritual reasons which made me aware of sincere belief in magical shrines, gods and spirits lurking everywhere to catch the unwary.

Visiting tombs in the jagged spine of misty mountains which form a spine the length of the islands, exploring the reconstructed seemingly impregnable castles, (shiro) and learning about the code of honour, of duty at all costs, which became the life of the honourable samurai has given me so much material for stories.

The four stories in this anthology I hope cover the breadth of the history, myths and legends of Edo Japan and give something of a taste of that Samurai era, giving the reader the scent, sense and mystery of old Japan.

A little peasant girl, running away from her brother who wants to sell her into a brothel, is rescued a Lady and her samurai lover. It's a debt she must find a way to repay.

It's Hanami - the cherry blossom festival – time on Lord Iwasaki's estate but his daughter, Yoshie, is given a task which will prove if she truly is a samurai's daughter, capable of doing her duty and defending her family.

A Lord's beautiful daughter, kidnapped and held for ransom, must survive and escape. She shows her samurai qualities as she waits for rescue and revenge.

Eiji is denied the role of samurai, a life he expected and wanted, by the inter-clan manoeuvrings of his honourable father's wife. As a scholar and calligrapher he has achieved renown, but will his honoured samurai father accept this? He finds out when recalled by his courtesan mother to rescue her and his young brother. He must prevent the wife's attempts to kill his father and bring her clan into the shiro (castle) and take over the castle and estates.