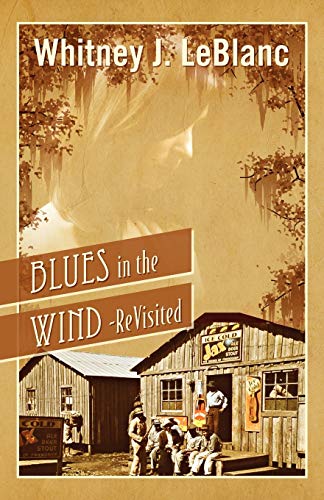 Book: Blues in the Wind-Revisited by Whitney J. LeBlanc

about this book: The prequel to the Blues Trilogy, Blues in the Wind-ReVisited, tells the story of a Creole family in Louisiana from 1934 through 1955. It relates the overwhelming conflicts of race, color and religion in an era when the Blues was emerging as an art form. Phillip Fergerson married the beautiful Creole Martha Broussard, after announcing he was becoming a doctor. Martha hoped and prayed that this marriage would make it possible to regain the fortune stolen from her family by the unscrupulous Judge Estilette. Ironically, Phillip had to give up medical school to support his family and instead, becomes a teacher. Then Martha's love began to fade as quickly as her hatred rose for the gutbucket music played by her brother, Lightfoot. Through Martha's continuing narrative, she reveals attitudes about the skin color black, confusing moral codes of the Catholic Church, the influence of voodoo and the social conflicts between races. Sexual abuse by a Catholic Priest, murder, love, lust and lynching are milestones in this literary adventure that also tells the fascinating history of the growth of the blues, in the adventuresome milieu of love, lust, voodoo and murder.

The second novel of the Blues trilogy, Shadows of the Blues, picks up the saga when Phillip Fergerson discovers that his beautiful Creole wife, now confined to a mental institution, has committed several crimes. Later she dies in a bizarre accident, and Phillip falls in love with Martha's look-alike sister, which threatens to disrupt his family life and the relationship with his mistress. In the milieu of the blues, racial turmoil and accusations of murder, Phillip struggles through the shadows of the various emotional challenges that now threaten to destroy his family.

Bodacious Blues, is the third and final novel of the Blues Trilogy. It picks up the time line from 1965 to 1985, and is primarily focused on the coming of age of Ann and Les Martel, the grandchildren of Martha Broussard and Phillip Fergerson. They are the third generation descendants of this proud Creole family who has lived through years of lynching, lust, murder, religious conflict, voodoo, racism and of course the blues.

Now the grandchildren must learn to carve their own paths in a world that seems remarkable different from their grandmother's as they grapple with their own coming of age. Honesty has become a weakness, truth is no longer the truth and sexual cross-identification is a new "value" that must be confronted. Yet, underneath these challenges of a modern society so distinct from their Creole roots, Ann and Les find that they must also still deal with religious controversy and racial exploitation.

Video: Blues in the Wind-Revisited by Whitney J. LeBlanc