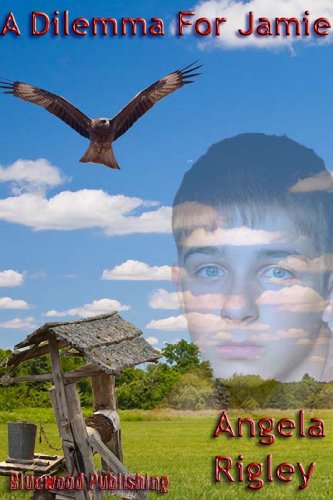 Book: A Dilemma for Jamie by Angela Rigley

about this book: In this the sequel to Looking for Jamie, set two years later, David has a horrific accident in the snow, only being rescued by the Major who goes insane. Jamie is coming to terms with his new father. Tragedy occurs when eighteen month old Annabella, twin sister to Alice, goes missing. She is found stuck down a well, but will they be able to rescue her? His new father insists he goes to boarding school, much against his mama's wishes, and he has the dilemma of whether to obey him or try to help his mama persuade him not to send him away. Meanwhile Ruby finds romance with Sam, but then has doubts about herself.

Anybody who enjoyed Looking for Jamie will love being reunited with the characters and ambiance of this sequel, but it can also be read as a stand-alone novel.

Most of my research is done on the internet, but I also borrow books from the library.

Look forward to the next installment in the series.