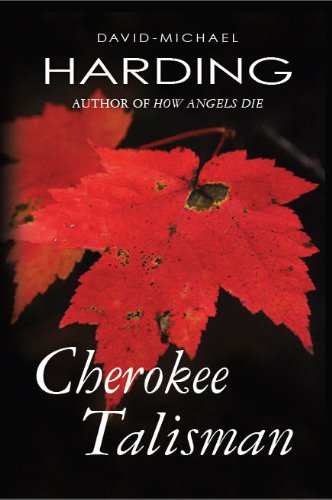 David-Michael Harding weaves his admiration of Native American culture and history in Cherokee Talisman. While technically a work of fiction, Harding's novel works off a factual base in order to educate readers about a unique period in history when one nation was born and another nearly died as a result.

Totshuwa, also known as Redbird, is an orphan who is taken care of by the Cherokee war chief, Tsi'yugunsini. This famous chief has a brutal impact on the white settlers, who refer to him as the Dragon due to his fierce presence. Chief Tsi'yugunsini is against the new settlers, refusing to sign treaties or make peace as to him they are invaders and terrorists.

Meanwhile, Totshuwa studies tribal medicine, history and culture, becoming the tribe's primary shaman. While he provides medicine and spiritual guidance to his nation, he struggles with a sense of abandonment that has followed him throughout his life. When he meets and falls in love with Galegi, the couple wants nothing but to raise their family in peace, but the new world around them simply won't allow it. As they teach their son Chancellor their Cherokee traditions and medicines, General Andrew Jackson is waging war against various tribes. When a beloved family member is kidnapped for the slave trade, the hard part has only just begun for the family and the Cherokee nation.

"My family has distant roots in the Tuscarora nation," says Harding. "This novel evolved from a short story I had written about a boy and a warrior whose paths cross as the United States is forming around them. Cherokee Talisman is a sincere tribute to a lost culture and way of life."

With its historical basis and fictional storyline, Cherokee Talisman will educate readers while entertaining them with a story of culture, inner conflict and the evolution of a nation. Harding hopes his novel will create an impact on readers and shed light on a lost, forgotten, and dark page of our history.

"Cherokee Talisman brings to life characters from our history and through a flare for fiction and historical research, Harding tells their story. Cherokees that might be painted by racist misconceptions as blood thirsty savages are humanized by Harding, making them heroes of a very real time. History is written by the victorious, but when almost forgotten historical characters are brought to life they are preserved for the ages, and in this preservation David-Michael Harding has succeeded." - Cherokee Nation Principal Chief Bill John Baker