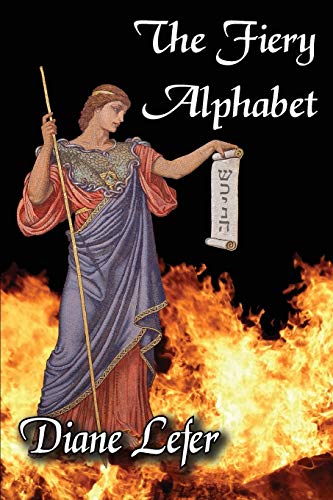 about this book: The Fiery Alphabet took several years to write and much much longer to find a publisher. Sometimes I'm afraid someone will ask me specific questions about the historical detail, the theological and occult material, and I'll no longer remember. But while I was working on the novel, I immersed myself in the 18th century world of my protagonist with lots of book research, including that I read every book she would have read--though only in English and French. Daniela knew many more languages than I do.

Much as I love libraries, I always feel the need for direct experience. I attended occult ceremonial rites like the Gnostic mass where a semi-clothed man blew a blast on a ram's horn and a coffin flew open so a Christlike figure could emerge. A woman lay on the altar while everyone (including me) took communion and walked in a circle as we beat our breasts crying There is no part of me that is not part of the gods!

Çatal Hüyük in present day Turkey is the site of the first city in history and I learned it was a matriarchal Goddess-worshipping society. So off I went – just to breathe in the atmosphere because at the time there was little to see there. (Since my visit, archaeologists have resumed excavations, uncovering dwellings, wall paintings, and artifacts and now seek to debunk the notion of a matriarchy.) I sublet my apartment and with the rent off my back was able to spend a month not just at the ancient site but traveling around Istanbul and Anatolia, tracing Daniela's steps. That's what's great about being a writer: You can take a month off to see the world and call it work.