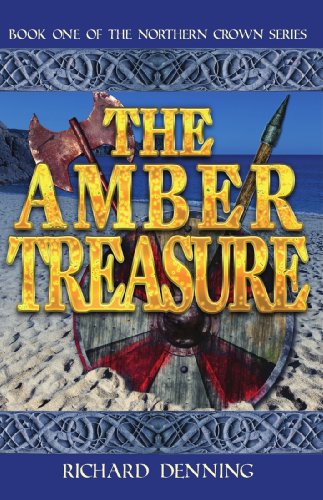 about this book: A tale from the darkest years of the Dark Ages.

Britain in AD 597: a land very different from today. It is a land divided into dozens of warring kingdoms -for these years witness the birth pangs of the nation we know today. Life can be short, violent and brutal.

These terrifying times are seen through the eyes of a young Anglo-Saxon nobleman, Cerdic, whose dreams of the glory of battle are shattered when his own family is attacked. His sister is kidnapped and a priceless heirloom stolen.

Despite his youth, Cerdic he must find the courage to lead his friends and people in one of defining moments of his generation - a battle which changed the face of 6th century Britain and paved the way for the England that still exists fifteen centuries later.

The Amber Treasure is the first novel in the Northern Crown Series. There are two more books already published with plans for more. It has won a B.R.A.G medallion