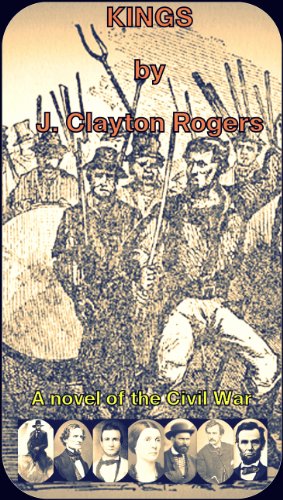 about this book: In this youthful production, the author grandly takes the reader on a broad tour of the American Civil War. On a canvas that encompasses the Western and Eastern theaters, as well as London and Mexico, characters as diverse as Jefferson Davis, Abraham Lincoln, Allan Pinkerton, Ulysses S. Grant, Lafayette C. Baker, Benjamin Disraeli and many others interact with my main fictional characters. Among the events portrayed are the Battle of Shiloh, the fight between the Monitor and Merrimac, the arrival of Lincoln in Washington, the pursuit of Rose Greenhow and the occupation of New Orleans.

The author grew up near Manassas and has always been fascinated by the Civil War (a fixation that the author made fun of in his Close Before Striking). Often employing the 'staccato' style of his early writing days, the author invested much time and research in this production. Like all grand historical pageants, from the Revolution to the Iraq War, the Civil War was rife with sinister undercurrents. I have grave doubts about Lafayette C. Baker and his effect on American history. He would have fit right in with our modern NSA ...