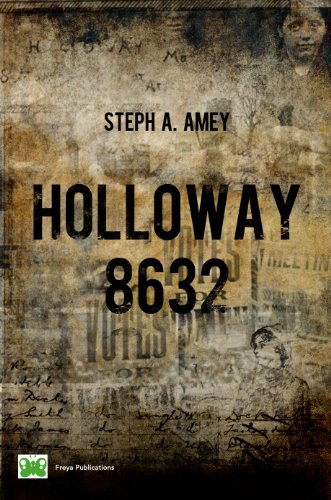 about this book: Set against national events in the early 1900s, this book is about factory worker Sally Cox, who is drawn into the suffragette movement by her friend Connie. The two women are present at many of the largest events organised by the Women's Social and Political Union (WSPU) and as the movement grows more radical, there are violent confrontations with police. The two women struggle to hold onto their jobs and families while fighting for women's rights. As imprisoned suffragettes begin hunger strikes and the government demands that they be force fed, Sally and Connie need a different strength to survive.

As the Conciliation Bill promises votes to a small group of women, the WSPU starts to fracture and when the government doesn't fulfill its promises, a huge march moves towards parliament on Black Friday.

I wrote this book over about a year, after spending time researching the movement at The Museum of London, through The Times online and other published works. I was inspired to write the book at the time of the hundredth anniversary of the start of the hunger strikes. I thought it would be interesting to tell the story of working class suffragettes, as most of the historical record seems to be about middle class women such as the Pankhursts.

I presented parts of the novel to my writing group who provided valuable feedback and greatly improved the work. Writing groups are brilliant for getting objective reviews of the work in a supportive environment. I have been in my group for about ten years.

I wrote the book in the first person, as I felt this was the best way for the reader to understand Sally. Much of the book is told in flashback.