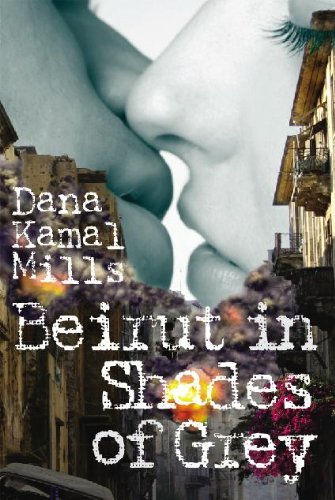 Book: Beirut in Shades of Grey by Dana K. Haffar

about this book: "Beirut in Shades of Grey" is a love story set in 1981 war-torn Beirut, which portrays the divide between those who have to endure the conflict and those who are detached from it, the outsiders.

Rasha, a victim of the Lebanese civil war, and Luke Elliott, a British photojournalist, begin a clandestine romance while on vacation in Paris. However, the tranquility of their previous encounters quickly dissipates when Luke's unannounced arrival on Rasha's doorstep in Beirut incites a wrangle over cultural differences and polarized attitudes towards war.

I had lived through those years in Beirut and regretted in hindsight that 24-hour news coverage was not available back then to bring the atrocities of war and the plight of the Lebanese to the rest of the world. The power of public opinion took a lot longer to catalyse in the 80s than today in the age of new media. So I chose to convey those difficult times through a story, enticing the reader along with a plot and engaging him in the characters against the backdrop of a horrific war.

Reviews:
"…a vivid portrait of a country in turmoil"- Publishers Weekly

"Events in the Middle East assume a human form through this novel, and it is worth reading for both its beautifully told story and for the insights it provides as well." Bookviews.com

"One can tell by reading how real this has been to the author, a necessary and vital work of fiction that more should read. A lament about war and a celebration of life and love is what you will find in this clear, powerful novel!"

"'Beirut in Shades of Grey'" is written from the pathos of one who has had their 'hands in the fire'. Anyone who has lived in the Middle East and particularly during this tragic time will resonate to this love story with empathy and nostalgia."