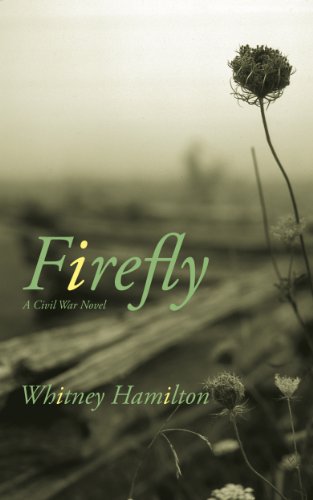 about this book: Over 400 women fought disguised as men during the American Civil War. This happened on both sides. While writing a play about Joan of Arc, I wondered if I could take a similar story and write about a woman in America. Doing research to see if it was a plausible idea I stumbled upon several accounts of women who had successfully passed as men in the ranks on both sides of the conflict. Some lives to write their memoirs. Jennie Hodgers was a woman in Michigan that fought all 4 years as Albert Cashier with a Michigan regiment. Sara Emma Edmonds, a woman from Canada fought disguised as a man and was even engaged to a few women during her time in the ranks. After reading about these heroines I decided to write about a woman named Grace Kieler, a daughter of a gentleman farmer from South Carolina. Refined, and used to a Southern way of life, her world crashes with advent of the Civil War and the firing on Fort Sumter. Her parents overcome by the opportunistic diseases brought on by soldiers and invasion.

All five brothers fought and died in the first battles of the war leaving her and her sister alone and defenseless. In order to survive they both took on their dead brother's identities and served in the ranks of the 2nd South Carolina Volunteers. Only Grace disguised as "Henry" makes it through the intense and bloody battles of Antietam and Gettysburg. Taking refuge in the Blue Ridge Mountains "Henry" searches for a simpler life far from war. It is when he is looking for simple work that he stumbles upon Virginia Klaising, a blind widow living on a sparse farm high up in Appalachia near Shepherdstown, West Virginia. Her house covered in mysterious twine knots, are her own invention of Braille to fix her thoughts and prayers in the wind. The austerity of the time requires that Virginia re-marry an old armless Civil War vet and sell her property to help her sister, Jesse, and brother-in-law, Lloyd. With Henry present to be her eyes she comes up with the idea of marriage in order to keep her farm and raise a crop. As the two fall for each other the secret Henry keeps becomes harder to conceal. Together they find compassion, healing and true love.

• "This book was an amazing experience. The smells of fighting and death and all the realities of war embrace Henry and bind him tighter then gender."

• "I personally loved the book. I would tell anyone to read it if they love the civil war era and a love story."

• "This is a true page turner and definitely one of the top 10 of it's genre, in my opinion! You cannot stop once you've started so be prepared to just forget about the real world for a few days, as you read this book."

Whitney Hamilton on IMDb.com
video 1: A scene from the feature film, "My Brother's War" and a passage from the book "Firefly'

video 2: Grace Kieler had a comfortable life in Charleston, SC until the outbreak of the Civil War...