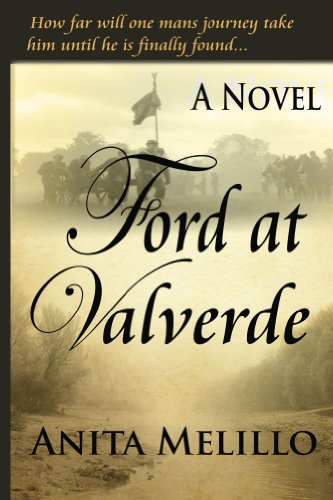 about this book: How far will one mans journey take him until he is finally found? "Ford At Valverde" is an historical civil war era adventure novel that takes the reader on a journey.

It begins with one man's attempt at dodging the war while on a treasure seeking mission for gold, which leads him on a quest that he never imagined possible. As he crosses state borders from North to South, he is hell bent on determining his own path, until circumstances continue to fuel his situation beyond his control. Eventually he venture into the bayous of Louisiana where he is beaten and left for dead, until he is discovered by someone that can alter the course of his destiny forever, but not before many battles are waged against him. From the timber mills of Wisconsin, into the deep South and the rugged West, nothing will keep Daniel Stone from going after what he wants, neither the cruelty of strangers or the vengeful warriors of the plains, while the Civil War looms around him. He would rather die trying to get where he wants to go, than to live with the regrets of a life unlived…