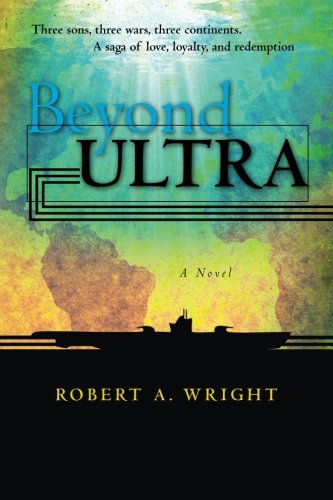 Book: Beyond Ultra by Robert Wright

about this book: "Beyond Ultra" is a novel that takes historical fiction to a new level. I choose to explore a familiar time period, the mid-20th century, from a new perspective. I find the colonial period in Africa and elsewhere to be fascinating and loaded with events, characters, and settings that are not only dynamic, but appeal to readers who wonder how these events shape our world today.

"Beyond Ultra" is a family saga involving neutrals who find themselves involved in two world wars and the Spanish Civil War. They interface with real historical figures and events, yet they find a way to influence these events and shape their world.

"Beyond Ultra" is a reference to the "Ultra Secret" in World War II in which the allies broke the German code and monitored secret Nazi activities. Yet the Allies could never be sure that they were aware of all crucial activities taking place in Nazi Germany, such as nuclear and biological weapons research.

I conduct extensive research to ensure authenticity, including travel to particular venues, such as "spy hotels" in Lisbon, as well as interviewing historians, diplomats, and others. For example, I interviewed a former Spanish ambassador to the United States who started his diplomatic career during the Franco regime and was involved in decolonization efforts in Africa.

Video: Beyond Ultra by Robert Wright