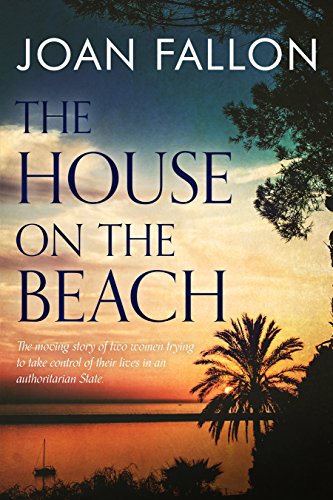 Book: The House on the Beach by Joan Fallon

about this book: The House on the Beach is a novel set in the years after the Civil War, in a Spain ruled by the military dictator Francisco Franco. This is a time when women had little independence, they were expected to lead prescribed lives, dominated by first their fathers and then their husbands.

Rocio and Inma first meet as children. Despite coming from very different social backgrounds they form a close friendship. Rocio is the daughter of an Andalusian peasant, who makes his living from the land, growing olives and keeping goats, Inma is the daughter of a rich businessman, who lives and works in Madrid.

The story follows the lives of these two girls from childhood to maturity, as they share happiness, fears, disappointments, broken hearts and betrayals. Rocio is a shy and trusting girl, who becomes easily seduced by a handsome foreigner, while Inma, confident and manipulative, is the one who saves her from disgrace and the inevitable expulsion from the family home. Inma, a university student, soon becomes involved in student demonstrations and political subterfuge, all of which she confides to Rocio. But when Inma becomes pregnant, things take a more sinister turn and her subsequent actions have a devastating affect on Rocio and her husband.

This social drama of two women trying to take control of their lives, despite living under a harsh dictatorship, offers a glimpse of what life was like in an authoritarian State, with an ever watchful Catholic Church and the close strictures of society.

The idea for this novel came from the research that I did for the book "Daughters of Spain", a social history made from authentic interviews with a wide range of women in Spain. Many of the women I interviewed had such interesting things to tell me about their lives that I realised that I had the making of a novel in my hands. I took their events and wove them into the lives of my ficticious characters Rocio and Inma. The result is story of social mores set in Franco's Spain between the years 1954 and 1975.