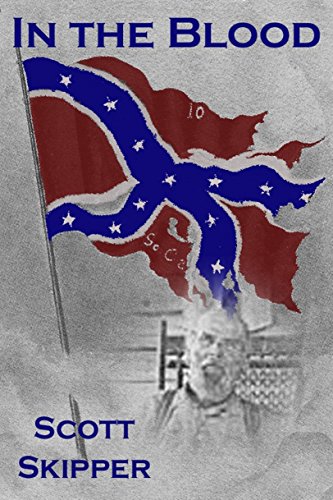 Book: In the Blood by Scott Skipper

about this book: What if you discovered that you had an ancestor who had four wives without the convenience of divorce? And that he had at least sixteen children, was wounded twice during the Civil War, and broke the ultimate taboo in Reconstruction era South Carolina? Would you be anxious to share this publicly? Well, call me crazy, but I think it's a badge of honor. In the Blood is the fictionalized account of the life and times of George Washington Skipper. His life spanned the time period from the presidency of John Quincy Adams to the sinking of the Titanic. He violated every more of the nineteenth century South and he lived unapologetically. One hundred years later some of his descendants still don't want to talk about it. How could I resist telling his story?

Most of the events described in this book are true. The flesh hung on the bones of the characters is my invention but I defend the plausibility of every word and deed. Consider this your invitation to share the skeletons in my closet.