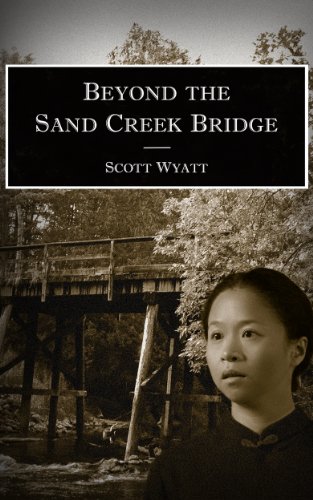 Book: Beyond the Sand Creek Bridge by Scott Wyatt

The body of Sheriff Roger Langston is found beneath the Sand Creek Bridge. Chinese railroad worker Wong Hok-Ling is charged with murder days after the unexpected arrival of his fiancée, Mei-Yin, who has escaped her unscrupulous father and stowed away aboard a ship bound for America. Mei-Yin’s courage is tested again and again as she struggles to free Hok Ling and find a new life in the racially charged West. Jason McQuade, the territory’s newest lawyer, must defend the accused, but after encountering the beautiful Mei-Yin how far is he willing to go—what sacrifices will he make—to save his client’s life?

Here is a unique look at a little known period in US history—the involvement of thousands of Chinese laborers building the Northern Pacific Railroad through the Idaho Territory in 1882—and a legal thriller, to boot. Kirkus Indie Review calls Beyond the Sand Creek Bridge “suspenseful and compelling throughout . . . with captivating storytelling, well-developed characters and a moving message about equal rights.”