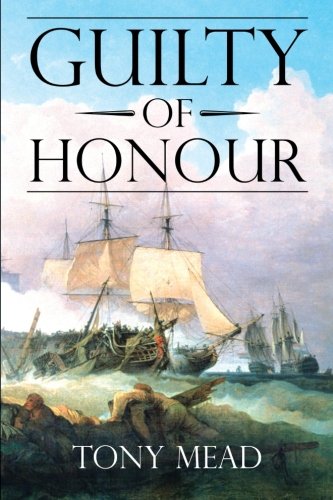 about this book: The book begins with a boy on the run across the Yorkshire Moors, Shipley Glen and Baildon Moors to be precise. At first, you wonder why he is running when the weather is so bad and he is obviously exhausted. The reason for his mad flight is revealed as the book progresses.

I was inspired by my love of storytelling, my love of the sea and of Yorkshire and the lake district; all these places are featured. It seemed to have a life of its own and I just followed on behind. It turns into a Hornblower stylebook in the second half, something that I never planned at all. The original idea was for him to become a farmer, which it comes back to in the third and final book.

It was 1975 when I first began to play with the idea, but only in 2010 after I had retired that I finally had time to work on it. I received help by taking a creative writing course with the Open University and that was when I knew that my mad ramblings needed some serious work. So out of one book I realised that I had enough material for three books, not forgetting that I had mulled this story over for 35 years, so I knew the plot and the characters really well.

The cover I helped design, and I thought was perfect for the story. I've seen it our local library and on Amazon and it looks the part.

I think the hardest part of writing the book, was that I did not understand the various techniques involved in producing an interesting novel. To be a good writer takes an enormous amount of effort and time. So I joined Hub pages and wrote about anything I could think of just to practice being concise and not to waffle on.

I did tons of research about the 19th century and in particular the Royal Navy of that era. Fortunately, one of my favourite school subjects was history, so I enjoyed it immensely. No internet when I started it so I spent hours down at the library and reading fact and fiction about the subject.

There were so many things to learn, that I was glad when finally the internet with its massive pool of information was available.

I know it is not perfect in its disruption of certain places and events, but it is in my opinion a good story that does not rely on cheap tricks of explicit sex and language to be entertaining. The feedback from readers so far is very good.

I have eight other stories ready to be finished and with luck published.