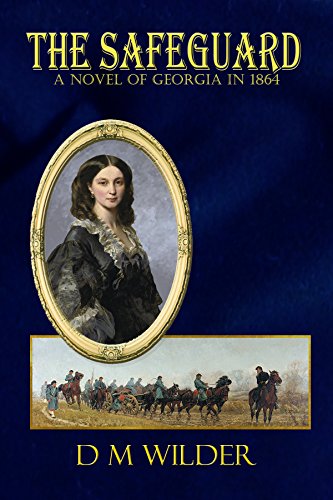 Book: The Safeguard by Diana Wilder

about this book: The idea for The Safeguard came to me while I was attending the 125th anniversary reenactment of the battle of Gettysburg. I bought a replica of a book published by the Government Printing Office in 1863. This book, "Instructions for Officers and Non-Commissioned officers on Outpost and Patrol Duty, and Troops in Campaign", is in two parts, the first covering patrol duty and the second concerning directing troops in campaign.

"Safeguards are protections granted to persons or property in foreign parts by the commanding general or by other commanders within the limits of their command. Safeguards were usually given to protect institutions of public benefit, and also to individuals whom it may be the interest of the army to respect."

Usually, a man assigned as a safeguard left the area when the army left. If not, they were under orders to await the arrival of the enemy's troops, and apply to the commander for a safe conduct to the outposts.

I started wondering about a situation that would call for a safeguard, and the story was born...

This book is about a small town in central northern Georgia in 1864, when Sherman was advancing on Atlanta. It follows the months after the town was caught in the middle of a battle. Most of the citizens fled. One member, Lavinia Wheeler, remained with her family, and when the battle ended she opened her house to the wounded.

This act of generosity won the admiration and gratitude of the Union forces. The commanding general left a man there to serve as a Safeguard, a special assignment providing protection against the depredations of the United States army.

In the course of the spring and summer, the townsfolk, Miss Wheeler, the wounded, the town's freed slaves and the Safeguard, Sergeant Asa Sheppard, work together to protect the town against bummers, foragers and a band of murderous marauders. And in the course of that time Miss Wheeler and Sergeant Sheppard discover that they have more in common than the desire to protect their charges.