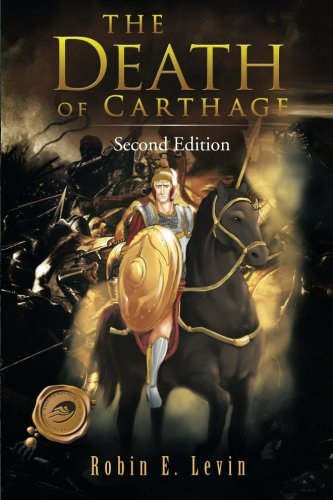 about this book: Several years ago I started listening to Livy's history of Rome, Ab Urbe Condita on Kindle while driving to work. Livy's depiction of the Second Punic War was so compelling and fascinating that it occurred to me that it would be great material for a historical novel. I had never encountered this period of history treated in fiction except for a chapter or two in Steven Saylor's novel Roma.

In writing this novel I have used first person narratives by three fictional characters who lived through the period of the Second and Third Punic Wars. The first fictional character is the Roman Cavalryman Lucius who serves under Publius and Cneius Scipio in Spain, and later under Publius' son, "Greater than Napoleon" Publius Cornelius Scipio Africanus after the elder Scipios are killed in battle. Lucius rises to the rank of military tribune under Scipio, and, miraculously, survives the war.

The second narrator is Lucius cousin Enneus who is also recruited into the Roman cavalry but is captured by Hannibal at the battle of Trasimene and is sold into slavery in Greece. He eventually marries a slave girl and they have two children. The third narrator is Enneus' son Ectorius. After Enneus and his family are freed and return to Rome, Lucius takes his cousin and his family under his wing and educates Ectorius as a translator. During the course of one of Ectorius stints as translator for the Roman military, Ectorius becomes friends with the historian Polybius. When Polybius is invited to by his former student, Scipio Aemilianus, to advise him in the siege of Carthage in 146 BC, he invites Ectorius to come along.

Most Americans have little or no knowledge of this critical period of history. When I told people I was writing about the Punic wars, I generally got blank looks. When I mentioned Scipio and Hannibal,faces would light up:"I've heard of Hannibal! Didn't he cross the Alps with Elephants?" It is my hope in writing this novel to bring this era to life.