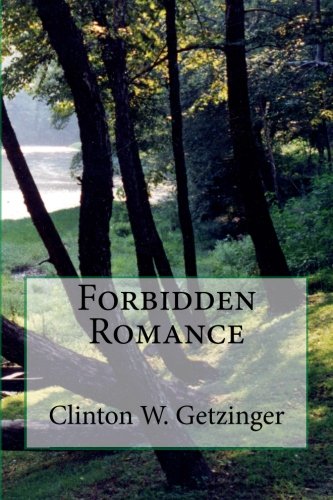 about this book: Forbidden Romance is a book about a woman who becomes caught up in a love affair that defies a lawful relationship between a man and a woman. Although she is unhappy with her life, she later leaves home and finds out that what she normally would have detested turns out to be what is best for her.

The idea for the book was inspired by a real-life situation that occurred in my own ancestry. This was one of those stories that needed to be told whether it was in nonfiction or fiction form. I often wondered if family members might be offended if I made this family secret public, but positive feedback from my readers dictates to me that it was a good choice to share this story with the world. On Amazon.com I have received 7 5-Star reviews.

This novel is suitable for children in the middle school age group all the way up to adulthood. People of all ages have made it clear that they have enjoyed this book.

Off and on throughout the years, I worked on this book whenever I had time away from working. Also, I had to wait until I had the urge to write which usually happened at times when I needed to do work. Then the title came from mother who helped me decide on a title that would capture the attention of the prospective reader. As for the cover, I struggled with the idea of what type of cover to use. At first, I encouraged my artist sister to design a drawing for the cover. Her busy life prevented her from finishing it in a timely manner, so she convinced me to use one of my own photographs that she as an artist saw potential.

Probably the hardest part about writing this book was finding the time to write it. Then the next hardest part was doing the historical research to make the scenes, descriptions, and characters' mannerisms believable. It was incredible how much research it took to compose this novel. Something as simple as the word "hello" could not be included in the book, because in the last year in my book's setting that word had not yet been invented by Alexander Graham Bell, who had not yet marketed the telephone. Just that one word could have discredited the validity of my setting. Finally, I bought a large variety of reference books devoted to the 1800s and consulted with a university history professor, in order to compose this book.

Finally, one of the things I learned from doing this novel is that I have a greater appreciation for what other authors endure when writing a book. I discovered that not everyone can just sit down and put words to paper and make up things as you go along. Never in my wildest dreams did I believe the amount historical research was required to do a work of fiction. My hope is that my readers will not only be entertained by our family's personal story, but they will also learn to appreciate a little bit more of the history during the 1870s.