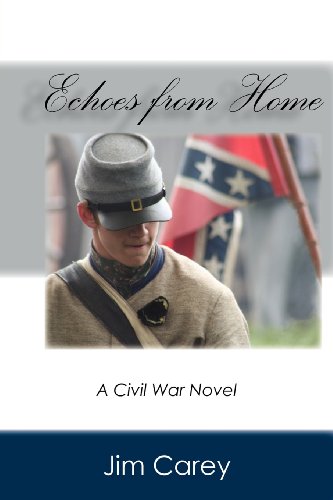 about this book: Set during the Civil war, this historically edited novel follows a young man named Joshua Miller who, along with his best friend Monte, decides to show loyalty to the South by joining the Morgan County Scouts, a small cavalry unit based out of Alabama. Certain that the boys of the Confederacy would beat the Yanks and be back home in no time, Joshua leaves behind his mother, his beloved fiancée Missy Sue, and his boyhood dog named Blue to seek the adventure and glories of war.

As this coming of age story unfolds, the readers follow the characters through both the human and the soldier's perspective of the main battles of the Western theater of the Civil War. Letters sent between Joshua and Missy Sue at first share excitement and anticipation and then ultimately the disillusionment, heartache and true horrors of this time in American history. As the war dragged on and the imagined glorified life of adventure turned into the harsh realities of war, the boys become conflicted with the very concept of what exactly they were fighting for. What started out as a grand adventure became a series of very powerful lessons in hardship and courage, love and loss.
Jim Carey lives with his wife Janet and their two beloved golden retrievers, Nemo and Molly, in Sheboygan,Wisconsin. A social worker, then a chiropractor by training, writing has been a passion for Jim for the past twenty years. Echoes from Home is the author's first entry into the world of publishing, and perhaps someday more of the many notebooks hidden away in his basement may make their way to the printed word as well. Jim's next project will be a collection of short stories based on the Civil War.