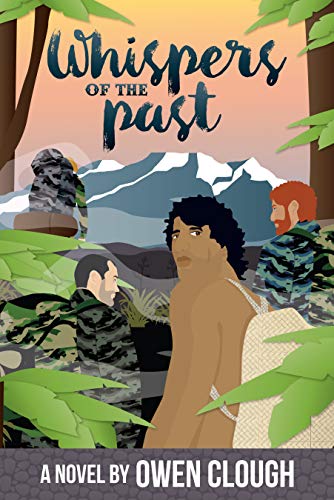 Book: Whispers of the Past by Owen Clough

about this book: The Whispers trilogy is now complete. The first book is Whispers of the Past, the second is Shadows of the Mind and number three in the trilogy is Clearing of the Mist.

The story is about three mates who are on a culling exercise for the Department of Conservation in the Tongariro National park in New Zealand who walk into a mist in bad weather and are transported back from 2014 to 1863 early New Zealand just before the start of the New Zealand Wars.
They desperately try to get back to their own century while trying to stay out of the war.
One of the friends meets and marries a Maori woman and ends up marooned in the 19th century, another is shot in the head and suffers amnesia, and the third tries to finds his mates.

The three books take you from the wars of New Zealand to Australia and onto Scotland, Shrewsbury, London, Rhodesia, Egypt, and back to New Zealand with Government agents trying to stop them from returning to New Zealand.

It is a great romp over three books and well worth a read. The series has taken six years to write and it has been a labour of love. Anyone who reads the three books I hope you get as much enjoyment out of the story that I had writing it.