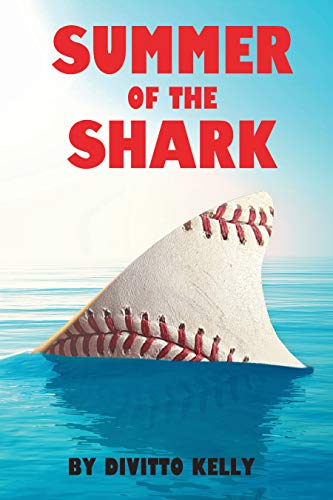 Book: Summer of the Shark by DiVitto Kelly

about this book: Summer of the Shark

It's 1974 and school's out for 12-year-old Ryan Sullivan, only he won't be spending it in his hometown of Madison Hill, Ohio. No playing baseball with friends, riding bikes, or going to Reds games at cookie-cutter Riverfront Stadium. Instead, he'll be visiting his grandfather, Arthur 'Artie' Sullivan, on the island of Martha's Vineyard for the whole summer.

And during his stay, Ryan will discover the joys of eating "lobstah," snag a foul ball at a Red Sox game, survive not one, but two, great white shark attacks, and along with his grandfather, become hired extras in the movie, Jaws, which is being filmed on location. Ryan even meets a girl his age, Veronica, who not only likes baseball, but loves monster movies almost as much as he does.

Filled with humor, drama, and the flavor of Martha's Vineyard, Summer of the Shark is a mid-seventies, nostalgic first-person account of Ryan's iconic vacation and the two significant events that occurred one year later: his beloved Cincinnati Reds capturing the World Series over Artie's Boston Red Sox in dramatic seventh-game fashion, and the debut of his favorite movie of all time, Jaws. Recollecting on his childhood, Ryan Sullivan concludes that 1975 to be his favorite year.