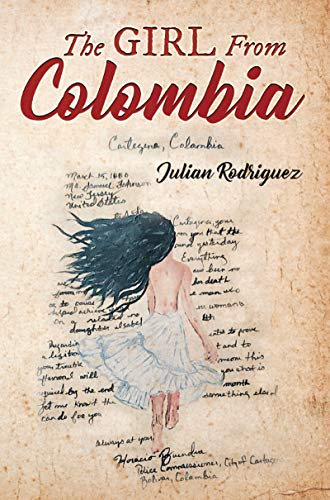 Book: THE GIRL FROM COLOMBIA by Julian Rodriguez

about this book: Sea Girt, New Jersey. 1890: Joseph Johnson arrives from London to see the property that his wealthy industrialist father, Samuel, has developed on the American coast. Riding through the dunes, the young man comes across a two-room cabin that houses his father's 18-year-old adopted daughter, Isabel. Before this visit, Joseph knew nothing about the young woman, whom his father apparently saved from drowning off the coast of Colombia when she was small. To be fair, Joseph knows almost nothing about Samuel, either, as the man left him back in England to be raised by a nurse; his mother "disappeared." Samuel now expects Joseph to marry Elizabeth Edwards, the beautiful daughter of a local doctor. Joseph likes the girl, but he can't get his mind off the mysterious Isabel, who everyone claims has a fatal disease. Nor does he know that Isabel almost succeeded in poisoning Samuel to death when she was younger. Isabel is anything but welcoming, but as she and Joseph get to know each other, long-held secrets threaten to come to light.