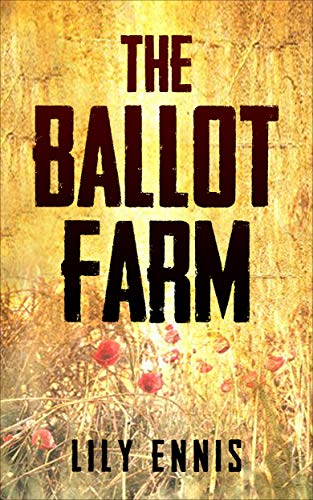 about this book: New Zealand men rushed to war in 1914 to help out England, which many still referred to as "home." This left an enormous gap of capable men in the country which only had a population of one million at that time. The New Zealand government set up a scheme whereby returning soldiers could lease or purchase a block of land in an area where the government wanted land converted into farms. The location of the land in The Ballot Farm is inland from the Whanganui River, known in early times as the "Rhine of New Zealand." The land was steep and subject to slips, clothed in native bush. Even the indigenous people did not attempt to convert such land into gardens. The story follows the first group of returned soldiers from the time they set foot onto the land and documents their struggle for survival in this harsh country.

I was inspired to write the book after cycling the Mountains to Sea cycle trail which took in the valley written about. Remnants pepper the land: brick chimneys, fence posts with number eight wire attached, even a tiny cottage.

I came away from that experience in awe of the settlers and as I wrote the book I was emotionally drained from living their experience.