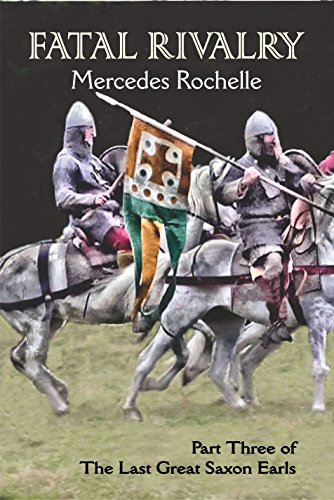 about this book: This is a story about a love-hate relationship between two powerful brothers that caused the downfall of Anglo-Saxon England. What went wrong between Harold and Tostig? While Edward the Confessor lived, they were both powerful earls—Harold in the south and Tostig in the north. As earl of Wessex, Harold merely stepped into his father’s shoes. But Tostig had a much more challenging job; the Northumbrians were a troublesome lot, and in 1065 they rose up in rebellion, slaughtering all of Tostig's housecarls and demanding his outlawry. It was Harold's task to bring the rebels around, but he failed in his mission and Tostig held him responsible, swearing revenge as he left the country in disgrace. It was Harold's break with Tostig that led directly to the Norman Conquest, for when King Harold fought Hardrada at Stamford Bridge—egged on by the vengeful Tostig—Duke William landed at Pevensey in his absence. Fatal Rivalry takes us through the last fateful years before the Battle of Hastings then beyond, as the last surviving brother Wulfnoth spends the rest of his life in honorable captivity and fills in the details—after all his brothers perish.