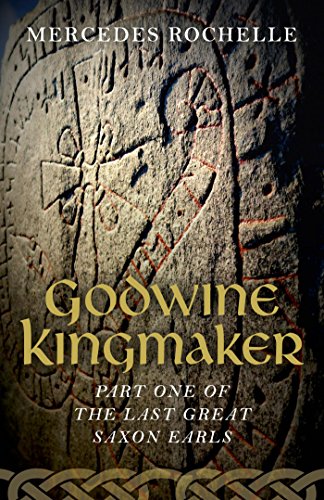 about this book: Earl Godwine of Wessex was one of history's misunderstood men. The most powerful noble in Anglo-Saxon England after the king, Godwine had many enemies—among them Edward the Confessor himself. As expected in this rough-and-ready society, Godwine was an ambitious man; everything he did was criticized, denounced, and maligned. He was accused of heinous crimes, the most damning of which was the blinding and murder of King Edward's brother Alfred. Was he guilty? No one knows. The truth of the matter was buried under malicious gossip for centuries. But it wasn't always so. A closer look at his career reveals an aspiring young man, befriended by the Danish King Canute and raised to power under the surprisingly successful foreign monarch. If Canute had lived longer, perhaps the story of England would have been entirely different. But it wasn't meant to be. Canute's premature death and the short reigns of his two sons brought old Aethelred's line back into power; and King Edward, having been raised in Normandy, was decidedly unfriendly to Canute's protégé. But he was forced to make do with what he was given, even agreeing to marry Godwine's daughter in exchange for the powerful earl's support. But the queen wasn't Godwine's only offspring; there were six strapping sons waiting for promotions. The eldest, Swegn, was the most troublesome, and his crimes nearly brought the whole dynasty to ruin. The second son, Harold, was the real champion of the family, though Godwine only realized his promise at the end of his own life.