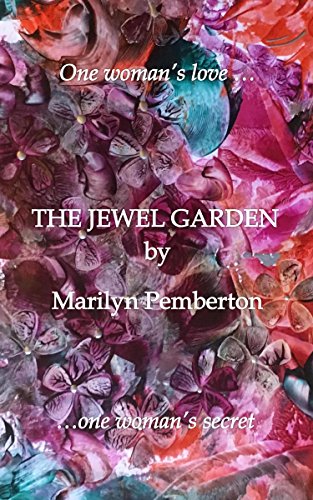 about this book: I became somewhat obsessed with Mary De Morgan (1850 - 1907) when I "discovered" her whilst researching Victorian fairy tales for my PhD. I decided to do further research of this fascinating woman and then wrote her biography: "Out of the Shadows: The Life and Works of Mary De Morgan." However, there were some significant questions that I just couldn't answer, so my next step was to write a fictional account of her life, this being "The Jewel Garden". I didn't feel entitled to write Mary's story from her point of view so I created a fictional character, Hannah, who becomes friends with Mary, accompanies her to places Mary had actually gone to and did things I knew Mary actually did. They both visit the poor families in the East End of London, for instance, go to the British Museum library to research for articles Mary wrote, holiday in Lynton, go to dinner at William Morris's, visit William De Morgan at his studio (Mary's brother who made the most exquisite tiles and ceramics), are invited to a Jewish wedding, attend a Fabian Society meeting, travel to Egypt and become involved in a girl's reformatory (this is the biggest mystery for I have never been able to find out how this happened). There is much that is factually correct in the book, which will interest readers who want to know more about Victorian society, but there is much that is fictional, especially the relationship between Hannah and Mary, but also other relationships that are described. Hannah believes she is in love with Mary, so this is a love story but it is not a lesbian novel and there is nothing sexual or erotic about it. It is more the emotional journey of Hannah during and after her relationship with Mary. Each chapter is headed with the title of one of Mary De Morgan's fairy tales and has a short extract, to whet the reader's appetite. The title "The Jewel Garden" comes from a real notebook that Mary's mother wrote. She was a true believer in spiritualism and she describes and analyses the dreams of the 6 year-old Mary, one of which is a walk in a jewel garden in which she plays with her sister, who had died 3 years previously. Spiritualism is not a key part of the book, but it is used as a building block. The cover of the book was painted by a friend of mine and is her interpretation of Sophia's description of the jewel garden in Mary's dream.

"The Jewel Garden is an exquisitely written journey back to Victorian times and the exploration of a woman's life through those times. The writing explodes with visuals, both of this world and the dream universe of The Jewel Garden, drawing the reader into the world Ms. Pemberton creates."

"The Jewel Garden is a satisfying whole-life read which has the same appeal as the best biographies in seeing all the influences and events shaping a person. There is a strong sense of time and place with the occasional lyrical phrase or tiny detail achieving the magic of pulling the reader right into the scene."