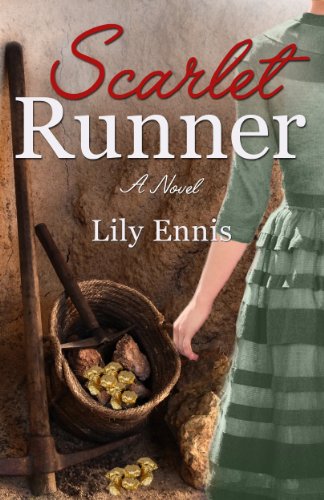 The story follows Archie, a mine manager and Mary, whose men in her family were on the other side of the strike and how they managed to make love work. All the relationships in the book are complicated because of the alliances or perceived alliances people had.

Scarlet Runners was the name given to the women who smuggled guns and food parcels to the brave people embroiled in the strike. They would picket outside the mine then go back home to keep the home fires burning and manage a household with no money coming in save for the pittance that other unions around the country donated. As the strike went on this became less.

There is a lot of information in Papers Past on the strike. Readers of history and of romance would equally enjoy this book.