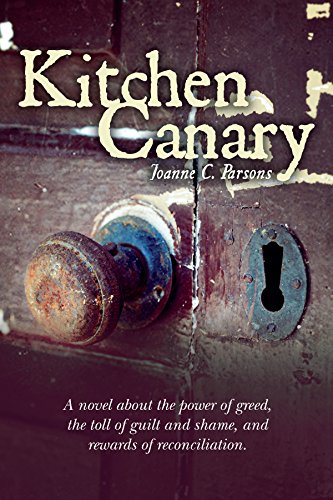 about this book: Kitchen Canary 1868

Kitchen Canary is my first novel. It has won three book awards. I wrote it following my retirement and the death of my husband. It was a cathartic process, allowing me to escape my grief and ultimately to bring joy to others.

My aunt told me that my grandfather was the product of a kitchen canary (Irish domestic) and her employer. The domestic was put to the streets in disgrace, and the employer brought the infant to the priest. He told him to put the child up for adoption on the following Sunday and to have him wear a baptismal cap he included. The man then adopted his own child.

Readers and reviewers commented on how well developed the characters are. I believe it is because I spent so much time alone, I created people who seemed real in their strengths, fears, goals and faith. In Kitchen Canary the reader spends two weeks with Katie O'Neil in the hold of a ship as she travels from Ireland to America. She joins her Cousin Moira to work as a domestic for the Brennan family in Boston. They deal with the same issues we confront today, abuse of power and the assimilation of immigrants into the American culture.

The research for Kitchen Canary took me from the famine in Ireland and the escape of millions to other lands to survive. I learned about the Civil War and treatment of Negroes after they were declared free. I used my own life experiences to describe scenes in a nineteenth century hospital, and discovered the antics of ambitious Irish as they fought for election to political position in Boston.

Enjoy the journey of Katie O'Neil and Moira McMann as they fight for their rights and freedom and pursue their dreams of life in America.