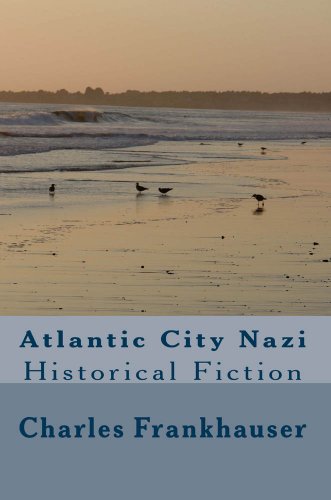 about this book: The genre of this novel is historical fiction. An honest naive young man is led astray by a German spy using feigned romance and the lure of easy-money from beach crimes in Atlantic City, New Jersey. The opening episodes are adapted from the author's unpublished memoir of travels as a kid on the Big Band circuit during the jazz-swing era prior to World War II. The author visited many of the locales in the novel during service as an officer in diesel-electric submarines. The Hindenburg Zeppelin was destroyed by a fire of unknown origin when it completed a commercial flight from Germany to Lakehurst, New Jersey; the cause of that tragedy is still debated today by experts in the field of aviation and among scientists with other areas of expertise. Could a feigned romance become a true romance that escalated into major crimes involving international banking, blackmail, illegal Wall Street stock trading, kidnapping, murder, the FBI and the death of innocent passengers aboard Hindenburg? Did German U-boats conduct training exercises near Atlantic City, NJ prior to World War II? The answer to the first question is debatable. The answer to the last question is affirmative -- yes it's a fact.