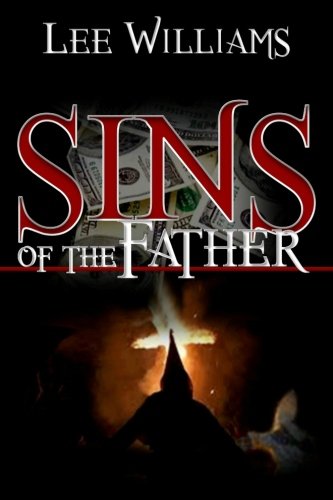 Book: Sins of the Father by Lee Williams

about this book: This novel is historical fiction. It involves an African American man whose ancestors were emancipated from slavery in Mississippi over 100 years before the action starts. He now finds himself enslaved to the Ku Klux Klan and about to begin a journey that will find him involved in the assassinations of Martin Luther King and Robert F. Kennedy. He escapes the Klan and assumes a new identity in Chicago eventually becoming a corrupt alderman. He is riddled with guilts as a result of the path his life has taken and becomes estranged from his family. His son becomes an FBI agent and years later confronts his father with evidence proving his involvement in the assassinations only to discover that the forces behind the assassinations are highly placed individuals in government. The cover depicts the silhouette of a Klansman in front of a burning cross and seemed to capsulized the image I was looking for. Writing this story was an interesting journey for me. The plot that evolved was not the story line I originally intended and I learned a great deal about the civil rights movement and early attempts by the government to ship slaves back to African. This book involved a great deal of research so the movements of James Earl Ray and Sirhan Sirhan were accurately portrayed.