Book Reviews: Murder In The Bush - The Tale of William McDonald by Carmel McMurdo Audsley

about this book: Twenty-one-year old William McDonald left the Highlands of Scotland in 1885, bound for a new life in Australia. He hoped to buy a sugar plantation but realised that it would take him a long time to save the money if he continued to work for labourer's wages. He learned that horses were needed in the north of Queensland for work on plantations and in gold mines. He set out with a mob of horses, through uncharted territory, and built a reputation as an honest and reliable businessman. Within a couple of years he had accumulated a lot of money, but as he was about to realise his dream he disappeared and died in bizarre circumstances. Life was hard in the late 1800s, especially for someone who had been used to the snow and rain in Scotland, to be confronted with the searing heat and dry conditions in Australia. 'Murder In The Bush' is based on the true story of William McDonald's life and death.

Hard to put down

This fascinating tale gives an insight into life in Scotland and Australia in the late 1800s. The Highland Clearances saw many people move overseas to start new lives. Among them was William McDonald who found himself in Australia selling horses and travelling in bush with no roads and having to be aware of wild animals, hostile natives and sadly one of his own countrymen. You never know when the murder is going to happen, and when it does it is shocking. [by Nancy Gordon]

I engaged with the characters in this book from the first chapter. You know a murder is going to happen from the title of the book, but you don't when and where. The author has done her research and it is a great insight into Scotland and Australia in the 1880s. What makes it even more gripping, is that 'Murder In The Bush' is based on a true story. A great read. [by Evelyn Mount]

There is a certain romance to the pioneering days of Australia, but the reality is much harsher. This book, based on a true tale, vividly portrays life in the bush for a young man William McDonald from Scotland determined to make a good life for himself. There are converging stories and the second protagonist is as evil as William is innocent. A brilliant read. [by Jim McCardell]

This book is beautifully written and I felt such empathy for the main character William McDonald. It gives the reader a good look at how things were 'back in the day', especially travelling by ship across the world to a country that was just opening up. A great pioneering story with a bizarre twist. [by John McNamara]

You get invested in the characters

I learned a lot about life in the late 1880s in both Scotland and Australia from this book. This author tells a story in much the same way as Catherine Cookson, pulling the reader into the action and getting you invested in the characters so that you care what happens to them. I will definitely be reading more of this author's books. I thoroughly enjoyed the characterisations, plot and landscape. [by Sandy Knight]

Interesting characters, great pace and lots of intrigue. A well written book, based on a true story, that gives an insight into how life was for pioneers in the 1880s. [by John Devine]

Walking alongside the characters

This author has a way of creating rich characters and taking the reader inside the book to walk (or in this case, ride) along with them on their adventures. She describes life in the Highlands of Scotland in the 1880s, travelling on a steam ship in less than ideal conditions to reach Australia, and life in the colony of Queensland. The hero, William McDonald, is an honest, trustworthy young man and you want to see him realise his dream of owning a sugar plantation. You can see the beauty and harshness of the country through the words she writes, and enjoy meeting the people William encounters. 'Murder In The Bush' is based on a true story which makes it very sad. A great read. [by Pauline Davis] 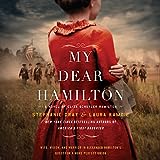