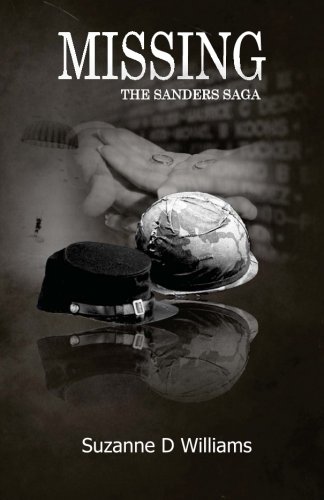 about this book: In this first book in the Sanders Saga series, three generations of the Sanders family deal with the horrors of war.

Adele Davis' husband, John, is missing in action. In the midst of her heartache and an uncertain future, a chance meeting when Stephen Sanders brings the promise of new love. But should she love again? Or does that make her disloyal? Does it mean she's given up on John?

Elizabeth and Amos Sanders have lost their son. He was only sixteen when he enlisted in the Union Army. Now, at the war's conclusion, there's no word from him. What happened to Andrew Sanders? And how will a twist of fate bring them something far greater?

A paratrooper in the U.S. Airborne, Doug Sanders drops into France on D-Day. What happens to him there will change him forever. At the same time, Molly Pratt, soon to be his wife, has a terrible secret. Will all that has come between them destroy their marriage forever?

Inspired by the stories of heroes, this book is dedicated to all who have served and especially to those who didn't survive.